Since Yu-Gi-Oh’s beginning, countless trading cards have been introduced, all with something that makes them unique. Cards have a wide variety of designs, inspirations, and effects. Specifically focusing on the monsters of the series, there are plenty of cards with continuous effects. While some effect monsters need to be flip-summoned to let their effects occur and then they’re done, these cards have their effects come into play upon being placed face-up on the field, and most of them stay active until they are sent to the graveyard. Here are some of the ten best continuous monster cards. 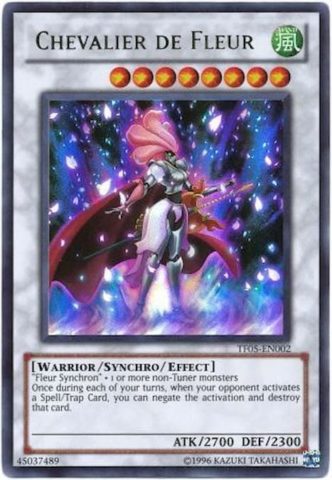 As is a common theme you will notice on this list, making opponent’s spells and traps useless is a powerful effect to have on your side. That is why Chevalier de Fleur’s ability to negate and destroy one spell or trap card a turn is a useful tool to have on your side. Combine it with cards like Naturia Rosewhip, Medium of the Ice Barrier, and Great Shogun Shien to make this even more powerful by potentially avoiding other traps or spells that could be used for bait to draw out your effects activation. 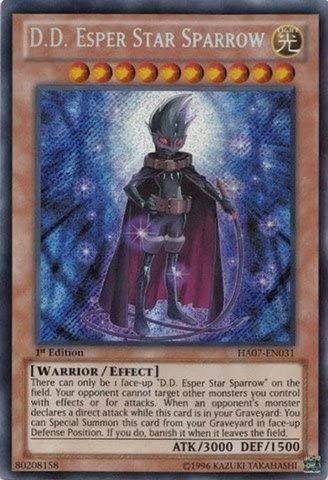 After summoning this monster on your side, your opponent cannot attack or use any other monsters’ effects on you. What makes this particularly useful is the 3,000 attack D.D. has. Even after being sent to the graveyard, this monster can protect you. Anytime an opponent monster directly attacks you, you can special summon it in defense position, negating the hit to your life points. After it is defeated again, though, it is banished from play for the rest of the game, so you need to make use of the protection D.D. provides you while you have it. 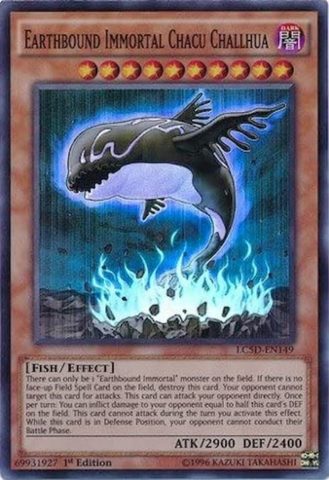 The Earthbound Immortal Chacu Challhua is dependent on spell cards. As long as there is at least one face-up spell on the field, this card can stay on the field and the opponent cannot attack it. Whatever the defense on your Earthbound Immortal Chacu Challhua is, you can directly attack your opponent’s life points for half that amount. In addition, and even possibly even better of an effect, while this card is in defense position, your opponent’s battle phase will be skipped entirely. As long as you or your opponent has spell cards in play, you can completely control the field. 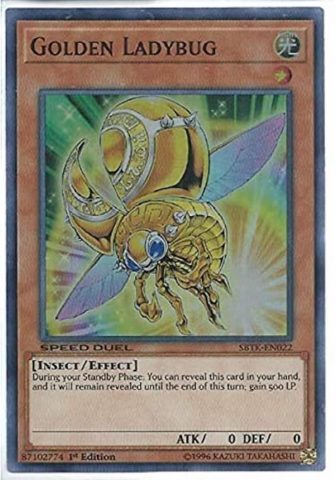 Golden Ladybug is a small card with a little but beneficial effect for you. Once per turn, you can show the opponent that you have this card and gain 500 life points. This means that unless your opponent has something to get rid of cards in your hand, you can continually make life points for yourself every turn. This card is massively helpful for longer running duels, giving you thousands of extra life points over time. 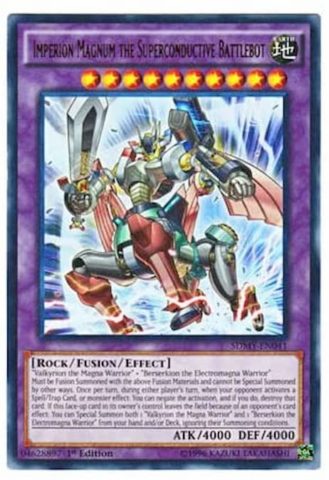 While Imperion Magnum the Superconductive Battlebot can only be summoned by fusion, you can negate and destroy monster effects, spells, and trap cards when you have it on the field. This effect can also be used during either you or your opponent’s turns, making this monster flexible as well as powerful. If your opponent gets rid of this with an effect (avoiding the 4,000 attack and defense the monster has), you can summon the original fusion parts of it back into play, leaving room for another fusion. 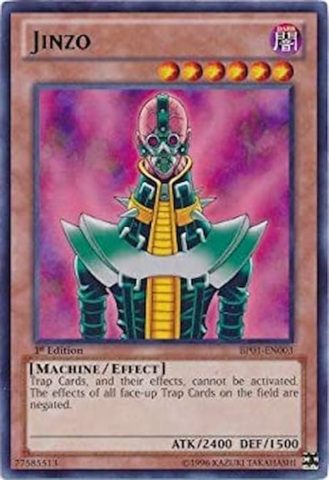 Jinzo is particularly useful for protecting your decisions in a duel. When on the field, all trap cards are useless. Any effects from traps currently in use or activated with Jinzo around will be negated until he leaves the field. His continuous effect is simple but incredibly useful if your opponent has many trap cards in their deck. 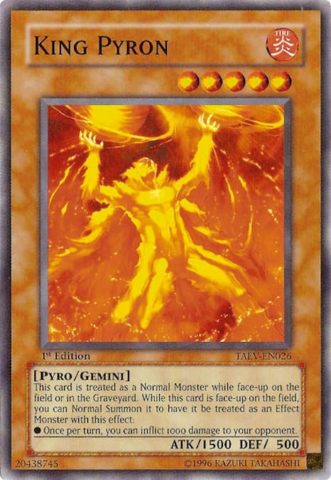 King Pyron has an excellent effect but takes a little bit of time to activate it. While King Pyron is either in play or the graveyard, it is considered a regular monster card. While face-up on the field, you can decide to change it to its effect status. Now that you have activated it, you deal 1,000 points of damage to your opponent’s life points every turn that it remains in play. If you can keep your King Pyron alive, it will continually do significant damage to your opponent without doing anything. It’s an effect worth building around in your deck. 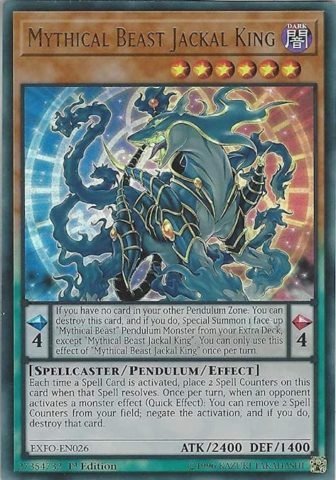 When the Mythical Beast Jakal King is in play, it has two continuous effects, a normal one and a pendulum one. Every time you or your opponent activate a spell, two spell counters are placed on this card for the usual effect. If your opponent uses a monster effect, you take away two spell counters, negate the effect, and destroy the monster card that was doing it. Obviously, this is useful for taking out powerful effects (some that might even be on this list). For the pendulum effect, if you have a card in your pendulum zone, special summon one face-up Mythical Beast pendulum monster (not another Jakal King) from your extra deck. This is a sure-fire way to fill out your battlefield with pendulum monsters. 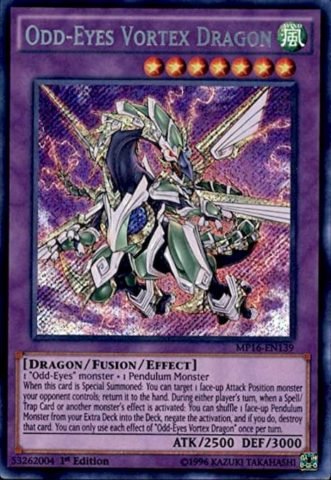 The Odd-Eyes Vortex Dragon has a couple of effects it can use each turn that makes it useful. First, you can target any opponent monster in attack position and return it to their hand. Also, any time a spell, trap, or monster’s effect is activated, you can negate and destroy that card by shuffling one face-up Pendulum Monster from your extra deck into your deck.

The Winged Dragon of Ra 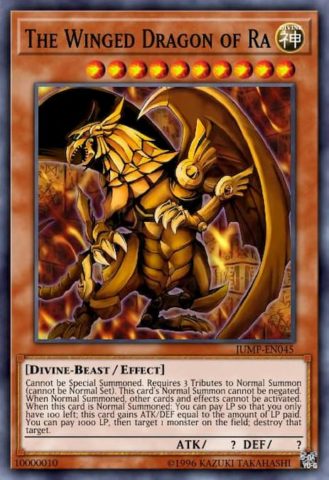 When you get The Winged Dragon of Ra summoned onto your side, other effects and cards cannot be activated. After being brought in, you pay life points to decide how much attack and defense it has. You could easily spend enough to make it one of the most powerful attacking monsters ever if you want to gamble on it. However, should you encounter any monster on the field more powerful, you can spend 1,000 of your life points to send that foe to the graveyard immediately. This makes this card a dangerous weapon to have on your side, should you have the life points.

Immortals Fenyx Rising is a great game, and it can be a…
Content of the article Hey, wait, Here is the megathread of the… 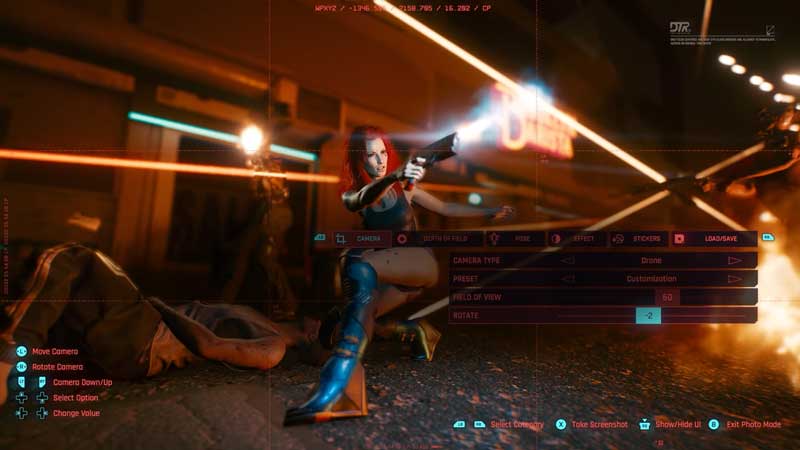 A few months ago, we reported on the upcoming closure of the…