Best Anime Characters That Deserve Their Own Shows –

However, there are a few notable exceptions where the team on the bench steals the show.

For example, look at B. the Sinbad Magee spin-off!

Let’s take a look at other anime characters that might deserve their own series. And who knows, maybe one day they’ll understand. 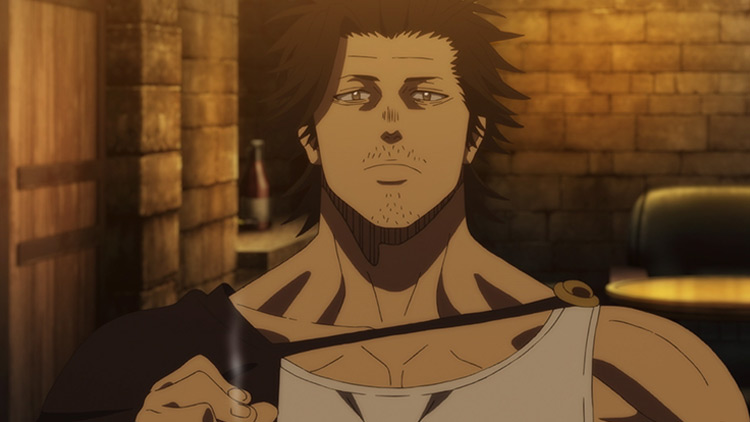 Why hasn’t Yami gotten a spin-off series yet?

This man is literally the perfect hero: He is a strong, skilled warrior, a rock-hard womanizer, has a history of failure as a foreigner in a new country, and is an absolute powerhouse.

Every time Yami remembers something, it’s about her MC screaming.

I honestly think it would be similar to the syndrome situation mentioned above, which we all know is a very good thing. 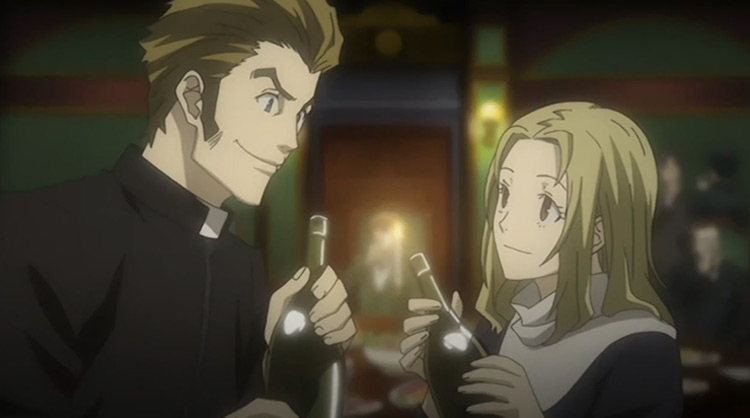 If you’ve seen Baccano, you already know that these two can absolutely dominate a comedy show.

They have such great chemistry and their antics have always made me laugh.

I think it would be like KonoSub, where it literally doesn’t matter what they do. Because while they were together, something funny must have happened.

They could at least be more visible in the specials! Like Brains Base, you’re out of gold! 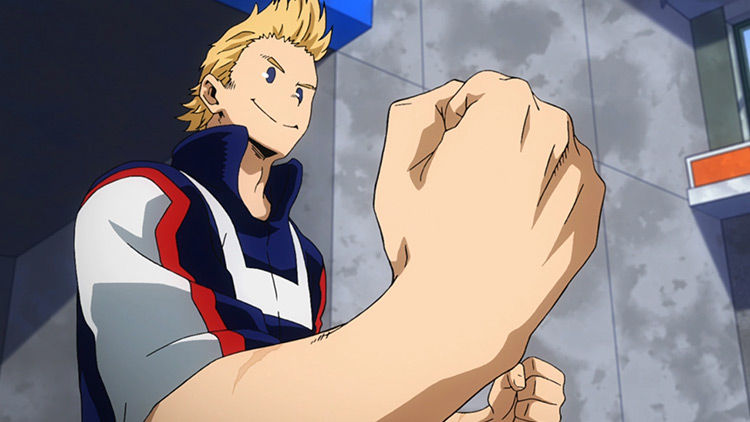 Mirio has so much potential as a protagonist that I honestly see more than one way to do a spin-off.

The first option is to show his rise to power, because I think he has a better underdog story than Decu.

As the fight with Overhaul shows, he’s still more than capable of beating someone up. And a hero without whimsy who saves the day would be an interesting twist to the series.

They could even do a comedy show with him, he’s so good. 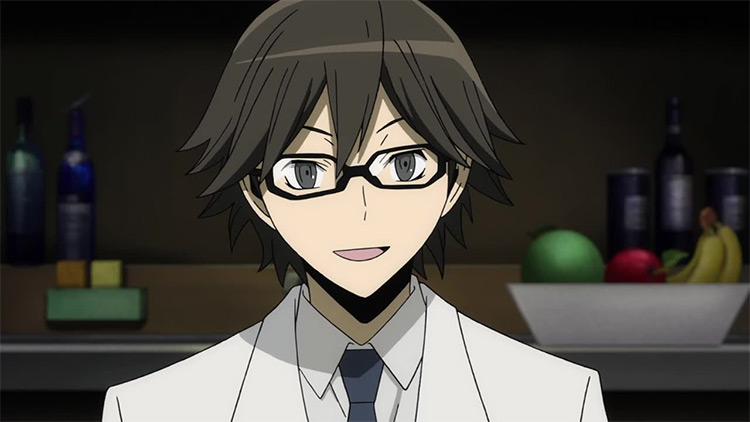 The underground doctor thing is an untapped goldmine in my opinion.

And Shinra would fit the role perfectly as he was funny, charismatic and hopelessly romantic.

It would be like seeing Dr. Tenma, but less sad and with a nice love.

The series can take place before he gets together with Celty, or after, it doesn’t really matter. Just give me more useful and intense Shinra content! 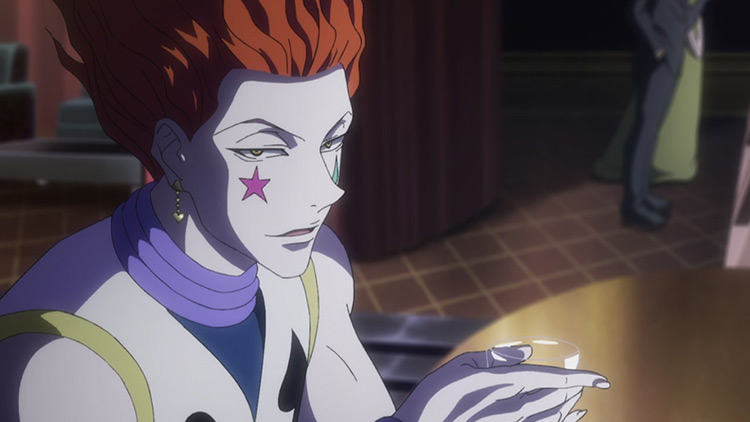 Hisoka is one of the best villains the anime has to offer. And part of its appeal is that it can be gray at times.

If he wants to help the main characters, he will. And if he doesn’t, he’ll try to kill her.

A show where the audience constantly has to guess which side the main character is on would be extremely watered down and not worthy of the name.

Especially when we follow Hioka in pursuit of the Ghost Squadron and eventually Chrollo. Just the thought of it turns me on. 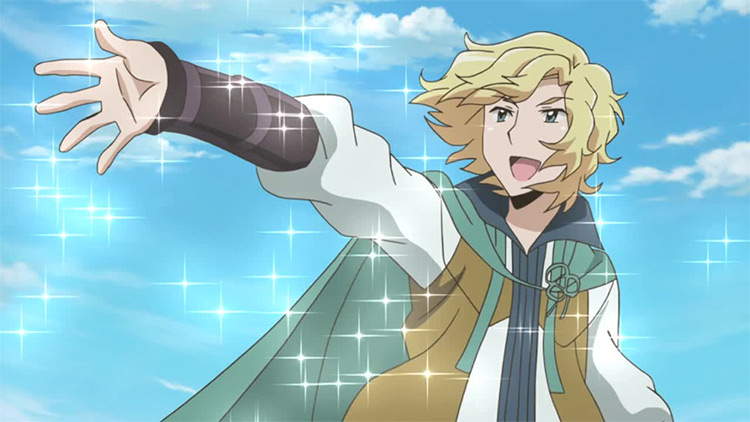 Randallus and his crew are perfect for a lifestyle show.

He’s a typical protagonist, combined with a very interesting backstory and even some quirks. So it’s fun and useful to keep an eye on your party when it’s at its best.

The Log Horizon series even gave us a taste of this potential spin-off, as some episodes focus primarily on Randelhus and his gang.

But I think they could have done more.

He’s too charismatic and fun to watch. 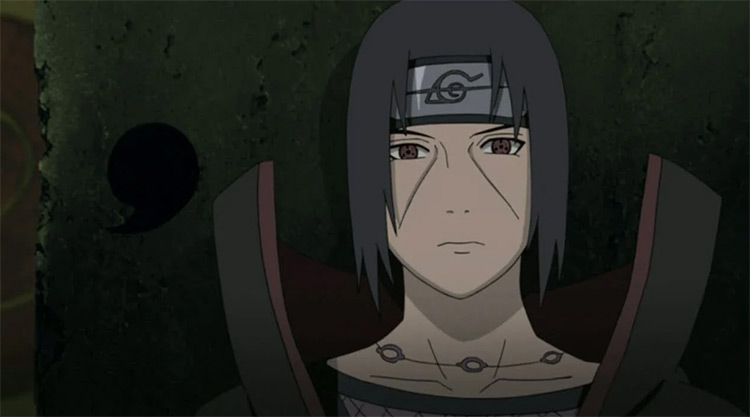 Since Itachi is central to the spin-off manga, it’s clear that there is an audience for the character.

While the tone of the series will be much darker than Naruto, I think it will be a great change of pace.

The journey of this legendary ninja, from young prodigy recruited for war to alleged mass murderer and rebel, would make for an excellent story. And also give more weight to his inevitable end. 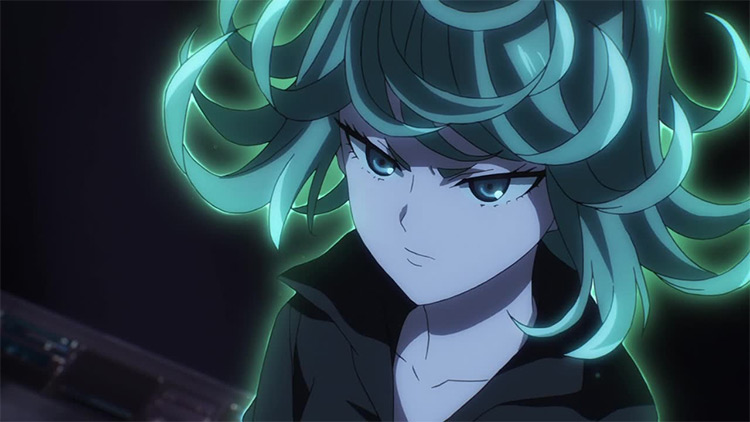 Anime: Man with a single punch.

There are quite a few characters in OPM that would make excellent comic characters, including Muman the Horseman and the King.

But I think Tatsumaki would be the best of the bunch for his sheer tsundere power.

Imagine that, but with a girl who can knock over meteors and doesn’t know how to handle alcohol. And she has a jealous sister.

You can’t tell me it would be anything other than a great show! 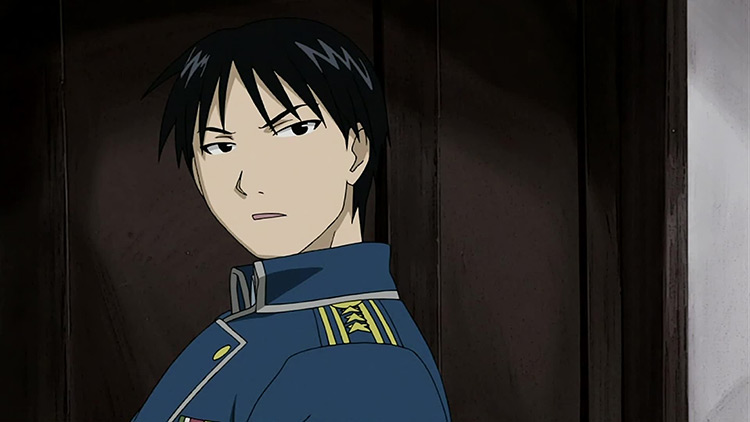 For starters, Roy gets a lot of screentime in the series.

But for a character as interesting as the flaming alchemist himself, I think a full spin-off would work just as well.

He would be the perfect sassy hero, secretly taking care of everyone. And I think his fights will be just as entertaining as the Elric brothers’.

It could take place at any time in his life, and I’d probably drop everything to see it anyway. 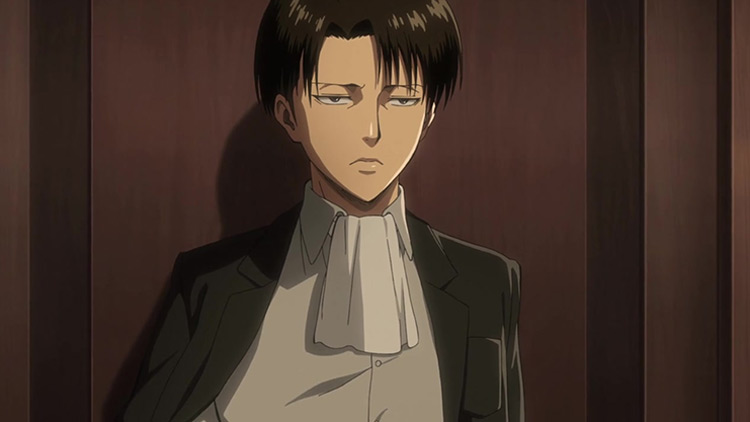 The show is about everyone’s favorite character, Levi. We already have a footnote with his backstory, but I think expanding that dark story to a few episodes would create a wonderful atmosphere.

And then to see him excel at scouting and get closer to Ervin would be an absolute joy.

Speaking of Erwin, he would have also been the main character in the bomb. Honestly, I’m happy with both, but I only chose Levi to see him gradually grow into one of the biggest villains in the anime. 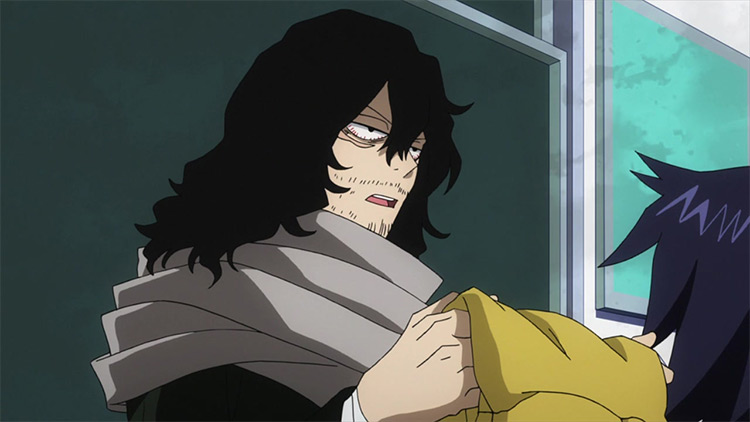 Eraserhead was my favorite teacher at my hero academy. And I think he could do a series of prequels without a problem.

His quirkiness is truly unique, and it also puts him in a position where he has to be very tactful. He also has the power to defeat any opponent before they blink.

Imagine him in a tournament bow! The fact that Gift Mick will also be there makes the event even better. 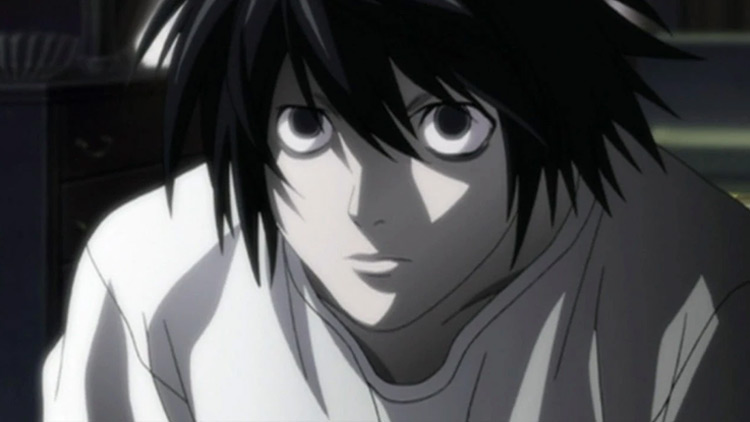 Anime: A note from the dead

Don’t try to tell me you don’t want to watch a realistic crime anime with L as the main character.

Just imagine how great that would be! The series can be episodic, with L having to solve one case at a time.

Or it could put him in the same situation as in the original series.

The Death Note episodes that L appeared in were by far the best. And I am frankly shocked that no one has yet put this idea into practice.

Who is the cutest anime character?

Who is the best anime character?

Which anime character has suffered the most?

For the uninitiated, the annual League of Legends World Championship is the climax of the competitive season. In…
Read More
0
0
0
0
0
0
0
0 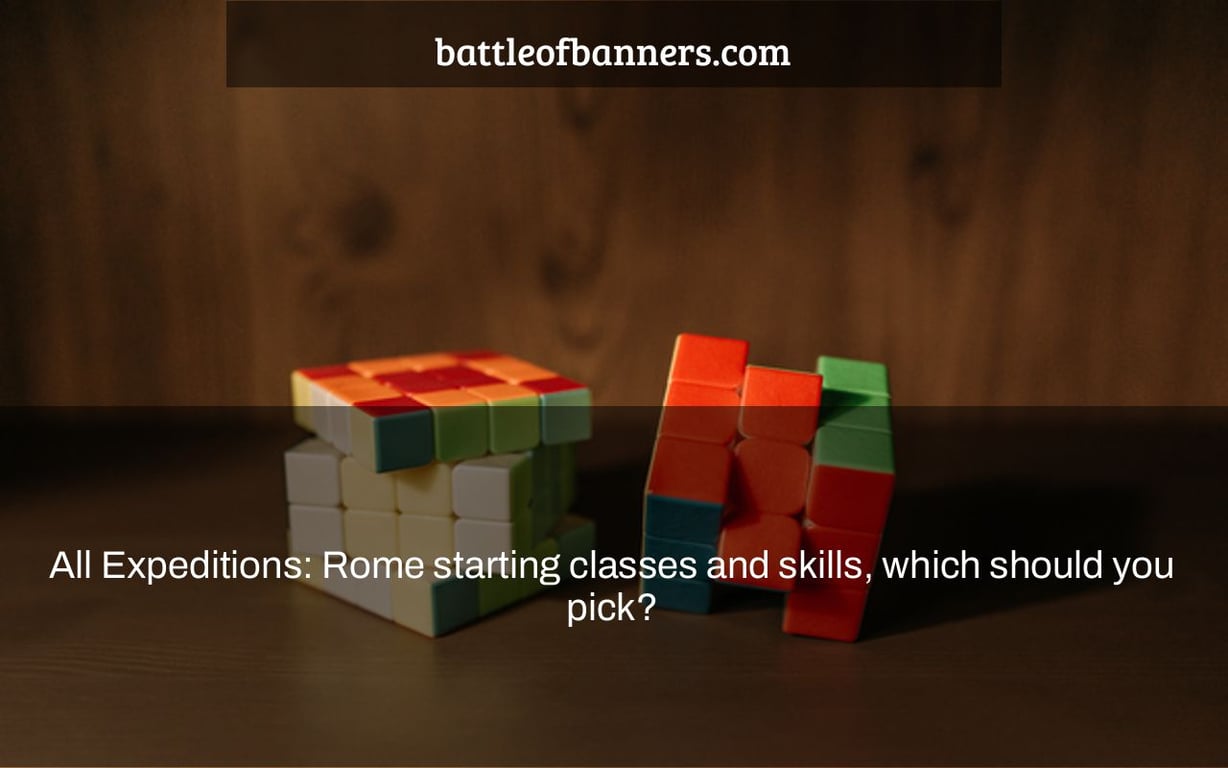