View the code largely courtesy of No Gravity Games

The festivities are over for the Golden Force, which must go on a mission to get more money and avoid its biggest threat, bankruptcy. Besides, next-gen consoles are not cheap! What better way to party than a trip to Muscle Island. No, this is not the place to lift weights and improve your abs, much to my disappointment. It’s an island full of dangers, huge bosses, but also lots of hidden gold. If you like pixelated graphics and 2D hack-and-slash gameplay, Golden Force is a game worth checking out. He also has a cooperative, which I’m still interested in.

Not only are we afraid of bankruptcy, video game characters are too. 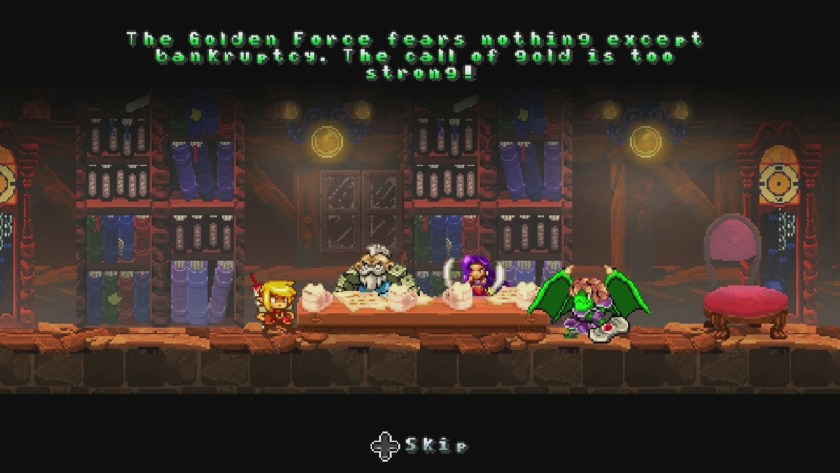 The gameplay is a mix of platforming and hand-to-hand combat. The commands are easy to learn, but a bit difficult to remember in the beginning. You have the typical jump and attack button, but the game also uses a dash move and a hold attack button for a more deadly attack. It also throws objects and enemies into the air, and it knocks on switches to open doors. It was often a bit boring because you could only shoot horizontally or diagonally. So it often took me multiple attempts to solve these puzzles. 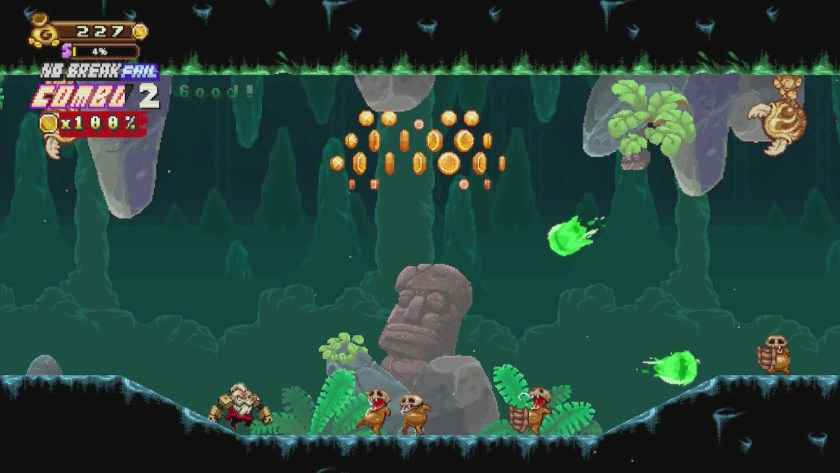 Battles are fun, but sometimes it’s hard to know when you’re being defeated by your opponent. When you press the attack button normally, your character seems to be temporarily invulnerable to damage. But it only takes one blow to destroy everything. Losing your health wouldn’t be so bad if it wasn’t so hard to recover. The game uses hearts, not a health counter. While enemies get health bars, which seems fair enough. When you start the game, you can only do 5 moves before you are sent back to the next checkpoint, and believe me, you lose your health in this game very quickly.

Boss battles are extremely long and will test all your skills as a player. 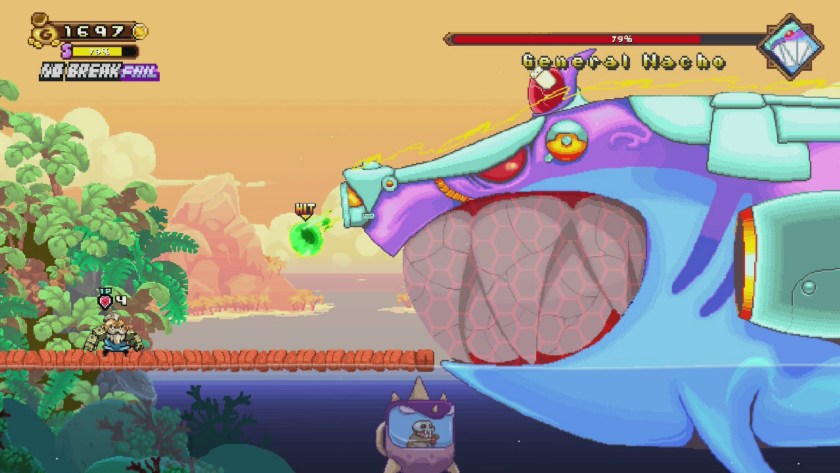 Golden Force specifies the difficulty by starting the game with a fight against a giant final boss. It’s been a long time since I played on the first level of the game and I died several times. The game requires you to constantly learn from your mistakes. The difficulty level seems too high. Health drops are rare, and enemies are too healthy, which makes fighting rather unpleasant. But it’s not just the enemies, boss fights have huge health bars and it takes a long time to throw all sorts of projectiles and things that you have to dodge while sometimes not forgetting to hit them. Let’s just say my thumbs hurt when I play this game and I keep hitting the attack button. I may need the metal weapon sooner than expected.

As always with complex designs. I think developers are absolutely allowed to make the game what they want it to be, but I think it would be more appealing to a wider audience if it had the added challenge of customization and accessibility options.

Boy, this game is no joke when it starts. 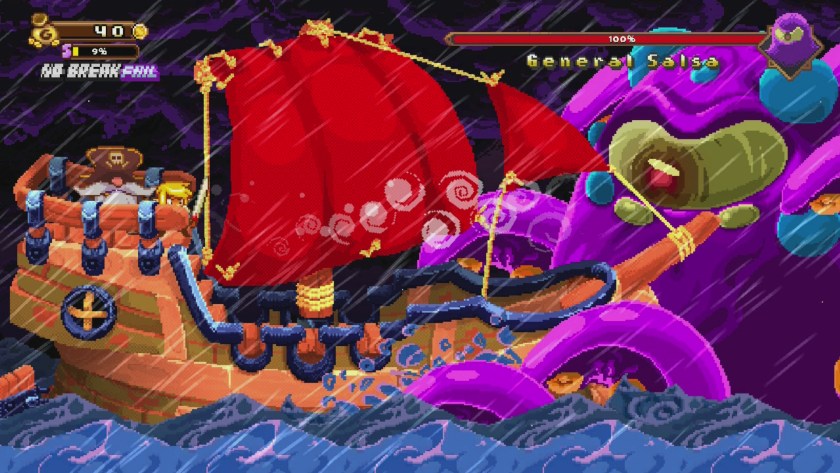 As you explore the levels, you can find hidden coins and shells that you can use to improve your health and skills. Collected gold can also be exchanged for temporary items such as attack reinforcements and invincibility. Using them is only temporary though, so if you decide to use them in a boss fight and fail, you’ll lose them forever, meaning you’ll have to grind for gold by replaying the old levels to get them.

Problems with the cooperative

The game also offers collaboration. Before starting a level, another player can intervene to help you in the action. But it comes with certain problems. When the second player walks through the screen, which can happen often, especially in the play area, a small circle appears at the edge of the screen to indicate where the second player is in the level. There is too little to determine what surrounds the second player, allowing him to fail too easily in the platforming segments. The creation of a split-screen game would probably solve this problem. If you go too far, the second player just goes into the bubble with the main player. If a player dies, he is out of the game until another player finds the checkpoint.

We also found a bug that if a player dies and you’ve completed a level, he won’t come back when you go to the next level. They’re still dead. The only way to bring a fallen friend back to life is to go to the map and level up. The cooperative mode is a good addition, but the game is better suited for single player play.

not the best split screen 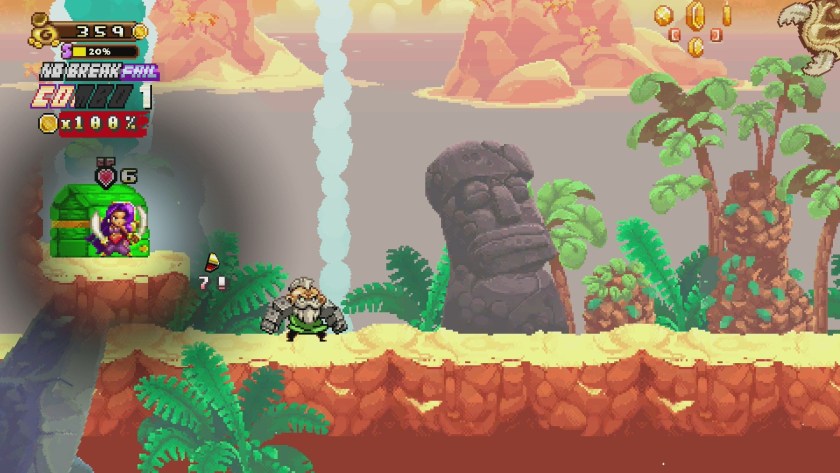 If you like your 2D hack-and-slash games with the addictive gameplay of Golden Force, then you should get on board. But if you have to pick it up for co-op, I recommend you be careful. Additionally, additional difficulty levels and a smaller number of gold loops to create new items would have made the experience more accessible to a wider audience.

Still, Golden Force has that retro side of image recognition that some players will enjoy. He also has the coolest old man character I’ve played in a video game recently. Good job. 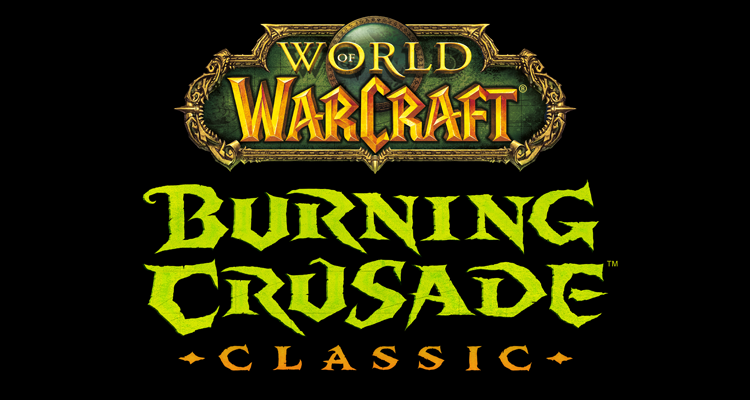 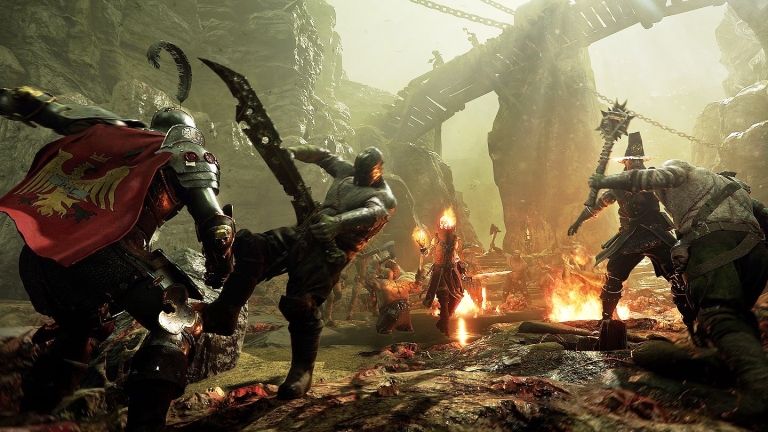